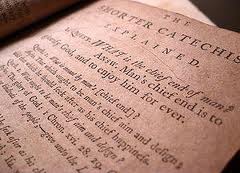 We are a Christian church of the historic Presbyterian and Reformed tradition.

We are Christian because we believe the ecumenical creeds of the early church, namely the Apostles’ Creed, the Nicene Creed, the Athanasian Creed, and the Definition of Chalcedon, and, since the time of Protestant Reformation, we believe the doctrines of justification by faith alone and that the Scriptures (i.e. the sixty-six books of the Old and New testaments) are our only infallible rule of faith and practice. We understand that the ancient creeds were never meant to take the place of Scripture. Instead, they serve as accurate summaries of some of the central teachings of Scripture.

We are Presbyterian because we believe the Bible teaches that the church should be governed by a plurality of elders (presbuteros) at local, regional, and national levels that are elected by the congregations and submitted to one another in the Lord. This Presbyterian system of government is more fully explained in our Book of Church Order and The Westminster Confession of Faith ch. 31.

We are Reformed because we believe the system of doctrine taught in the Westminster Confession of Faith along with the Larger and Shorter Catechisms is a faithful summary of the teaching of the Scriptures. These documents form one of the most important doctrinal statements to come out of the Protestant Reformation. We understand that the Confession and Catechisms were never meant to take the place of Scripture as the church’s only infallible rule for faith and practice. Instead, like the ecumenical creeds and building upon them, they serve to further summarize the Scriptures’ teaching in addressing the challenges facing the late medieval church, especially Roman Catholicism’s rejection of the doctrine of justification by faith alone, which became official at the Council of Trent in 1563.